And here’s another. I’ve written about Maud and the de Braose crowd in Hereford and Ireland History on here. 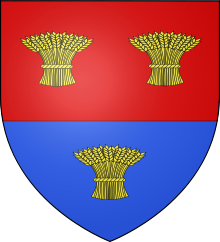 Matilda de Braose was probably born in the early 1150s in Saint-Valery-en-Caux, France, to Bernard IV, Seigneur de Saint-Valery and his wife, Matilda. Contemporary records describe her as tall and beautiful, wise and vigorous.

Made famous by the de Braose’s spectacular falling-out with King John – and the manner of her death – very little is known of Matilda’s early years; though she probably spent time at her family’s manor of Hinton Waldrist in Berkshire.

Sometime around 1166 she married William de Braose, 4th Lord of Bramber, a Norman lord with land on the Welsh Marches. William was highly favoured by both Richard I and, later his brother King John.

Whilst William was away campaigning in Normandy, Matilda would be left to manage their estates in Wales. In 1198, Matilda defended Painscastle in Elfael against a massive Welsh attack by Gwenwynyn, Prince of Powys. She…