And a plethora of words beginning with P that have been constantly in the background of my life. In particular the public vs private debate, and the prejudices and preconceptions that surround the provision of services and the profit motive. As we shall see, it also impinges on pensions, and involves the use – and, sometimes, misuse – of the partnership concept.

Education and health services are publicly provided in the UK, although those who can afford it have always been able to avail themselves of private health care and education; the latter, oddly enough, provided by so called ‘public schools’.

In recent years the distinction between public and private provision in these sectors has been blurred by public/private partnerships, particularly something termed the private finance initiative (PFI). This enables private companies to profit by charging hospitals, for example, and Local Education Authorities, to use facilities provided using high cost loans from private banks.

Defence, law enforcement, and transport infrastructure, are publicly provided, although PFI projects have also been utilised in these sectors – for example the provision of court buildings. Private companies now operate the train services that use the national rail network. Some UK prisons are operated by private sector companies.

The debate was at its height during the period of my childhood and youth. The post WW II Labour government

nationalised key industries: road and rail transport, energy production and distribution (coal, gas and electricity), post and telecommunications, iron and steel production. Conservative governments de-nationalised some of these in the 1950s, only for Labour to re-nationalise them in the ’60s. When road vehicle and aircraft production got into difficulties in the ’70s they were nationalised. Every one of these, except post and railways, were finally de-nationalised in the 1980s. The current situation with railways I have already described above. Postal services have been under threat of at least partial privatisation for a number of years.

The central questions for me have always been:

I have concluded that there is no right answer to either question. So much depends on the motivation of those employed in the organisation. Where health and education are concerned, the passion and commitment of the professionals that provide the service is what ensures the quality of the service they provide is the best it can be. I don’t think it is possible to say whether the pursuit of profit, or of government policy priorities, are more or less likely to impair their ability.

Reward is what motivates people in all organisations. In those situations where ethical considerations do not take centre stage it is the principle motivator. In such situations some part of the monetary reward is often related to performance and may include a profit share. It usually includes some provision for income beyond retirement – a pension.

In the UK – and I imagine elsewhere – publicly funded pensions provide only a basic standard of living. In order for a senior citizen to maintain a lifestyle similar to that enjoyed prior to his or her retirement, he or she needs to make separate, private, provision. In practice most schemes are supported by contributions from both employee and employer. It is only possible for the funds accruing in such schemes to hold their value in relation to inflation by investing to produce additional income via interest and dividend receipts. Dividends are the method by which private sector profits are distributed. It follows that pensions are dependent upon the continuing profitability of private companies. 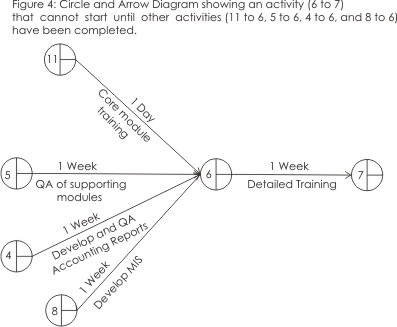 When I first began to think about what I would produce for the letter P in the atoz challenge the word ‘pert’ came to mind. Not, I hasten to add, the word often used to describe the shape of a young woman’s chest but PERT, an acronym that stands for Programme Evaluation and Review Technique. I thought I could describe how it evolved over my 40+ years in Engineering to become EVM (Earned Value Management). That would have been a boring post. But I mention it here because the first time it was properly applied to a defence contract in the UK it was at the insistence of Australian politicians who believed they had been screwed over too many times by defence contractors who delivered very late and massively over budget. It worked. I know, because I was part of it.

Why is it relevant here? Because it demonstrates that private sector organisations can work in partnership with politicians to deliver projects that meet expectations, including a fair profit margin for the contractor. All it needs is for both partners to gain a thorough understanding of those expectations and to agree on what is required in order to meet them.

Please feel free to voice your opinion. Is profit evil? Is public provision too close to communism to be acceptable?

4 thoughts on “Parliament and Politics: #atozchallenge”