My ‘date’ this week is a truly inspiring woman. R.L. (Robyn) Andrew suffers from the debilitating condition Psoriatic arthritis. This is similar to the condition which afflicted the English television playwright Dennis Potter. Being from Australia I wasn’t sure if she was aware of the English writer who I would imagine would be an inspiration. I sent her a link to Mark Lawson’ s tribute to him.

“I did not know that, Frank, and I truly appreciate the thought you’ve put into this question. He truly is an inspiration and proof of determination. I believe the man who wrote Simply Alice suffered from ALS. While not the same disease he achieved incredible things with basically no ability to physically move. I hope to inspire others in kind.

While I’m chronically ill I am still able to achieve many things albeit mentally and via technology. It’s only my physical self that’s inhibited, my mind is more than eager and capable of learning. I can’t do most of the stuff I used to be able to like work outside my home, surf, dive, swim, run etc but while sick I’ve achieved things I never believed I would. I’m about to have my second book published by an American Publisher, my first has won an award and has five-star ratings. I sell signed paperbacks at markets once a month when able and I participated in my first book fair. I’ve also met some amazing, wonderful and inspirational people through social media which has likewise opened up many doors. Instead of it being the end when I became ill, it’s become a new beginning.”

On her website she says her illness made her determined to “use the sponge like brain I have before it turned to mush.” I asked her to expand on that.

“Admittedly it took a couple of years before I realised I could not only be happy and in pain/suffering but have realistic goals. I’d always been physically and mentally active with a burgeoning legal career so when I first became sick that all stopped. My world crashed, what I had been, known or knew got stripped bare and thrown away. Pain quickly became my closest friend, enemy and confidant.

It’s almost impossible to see anything else when you’re consumed by body malfunctions, other diseases and damage that accompany it along the way, let alone dealing with different levels of pain. Your life starts being about medical appointments, tests and medication testing, instead of graduating law school. In the midst of it were my three daughters, husband, friends and relatives also affected by this. It’s a dark existence and in the process it’s easy to lose your own identity.

But, I’ve always been stubborn, determined, focused and have an unquenchable mind. I would not allow myself to be consumed by something I could not control.

I can’t change what happens to my body, yet I can change how I deal with it and how much attention I give to it. I swallowed my pride and accepted any external help I needed and continue to need. I also embraced technology and ways in which that could give me a life. 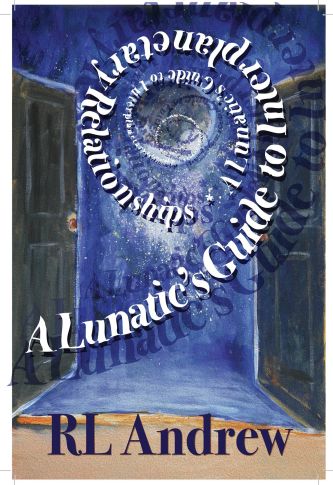 These not only gave me confidence but taught me about structure, working with editors and constructive feedback. I came across several Facebook writing groups and one in particular changed my writing life – Writer’s World. It’s an online critique group that offers other services such as novel writing boot camps. I signed up, swallowed my pride again and delved in. It’s a humbling experience and at the same time when you’re open to learning from others you become a much better writer. This is how my first book came to be and I met long lasting friends in the meantime.

Now I worry about plot holes and first round edits. I have gone a bit too far in that regard and sometimes forget about my health, but I’m working on it.

Long story short, never give up, never give in, and never let anyone tell you you can’t do something. The only person who can ever stop you, is you.”

“I was born in Victoria and moved to South Australia at five until fifteen. At nineteen I moved to Sydney in NSW and had three daughters. We lived there for seven years and then moved back to Victoria. On and off I’ve lived here for around thirty five years. Despite several attempts I’ve not managed to move back to South Australia where I still have family, but Victoria seems to be in my long term future for a number of reasons, mostly my three daughters are in this state and the medical care is better here. Overall it’s a nice state but no matter where you live you can make it home.”

She published her first book last autumn at which point she was already working on two more. I wondered how these second and third books are progressing, given that her condition limits the amount of work she can do each day.

“My second one is in second round edits and hopefully will be published by mid year! It seems to take me about a year from first draft until it’s ready to publish and that takes into account my health. I do some writing every day. Some days I’m able to do a couple of hours in fragments, other days it’s less. However, the beauty of technology these days is that you can write on your phone or tablet. It doesn’t matter how much I do as long as I do some.

With the first one published I have to work at selling it which is difficult given my limitations, but I make it work. If I have to miss a market or something I will. On the same token I take as many opportunities as I can to promote it even if it means leaving my house.”

She writes about relationships with humour but her books are set in an alien world.

“No matter how crappy life gets you can laugh about it and it makes you feel better.

I’ve always been fascinated in life on other planets and I love making stuff up so it went from there.”

Her experience as a Legal Executive “has not come into my writing at all as yet. I’m not sure it will.” Instead she “finds writing an escape from reality. I love getting absorbed in my worlds and characters. It’s so much fun and it’s often cathartic.”

She is published by JaCol, a small independent. I asked about her experience with them and editor Randall Andrews.

“I have loved every minute of it. It has not been easy, it’s been a lot of hard work, thinking, plotting, planning and tossing away parts that don’t work. Randall has a way of getting me to see where something doesn’t work or what I need to change without saying much. He also knows how to get the best out of me and my story and knows I’m prepared to do what it takes. I highly recommend Randall and Jacol to all authors. I want to see it grow bigger.”

I always ask my ‘dates’ about their writing space and time. Robyn’s is dictated by her illness.

“Until a week ago I wrote from my bed or couch but our former office is now my writing room. I have a motorised bed in there which lifts the feet and head however I need it and it vibrates! It’s also the warmest room and all my books, market and writing stuff in there. Now I’m on the third book with another five planned in this series I needed more room.”

She admires “so many [authors] it’s hard to choose one. Perhaps Edgar Allen Poe was the first author who really grabbed my attention and holds it to this day. My Great Grandmother had a full collection of Sherlock Holmes and Agatha Christie. I read everyone of those too.”

Asked to reveal something about herself that might surprise her readers she admits to being “big into the UFO scene and spend time each day researching it. I’m also a keen gardener, such as I can, and a great cook.”

I am in awe of someone who manages to write something every day despite the obstacles life has placed in her way, with the ambition to complete an eight volume series. I hope you are, too. You can connect with Robyn on her website and Facebook. Better still, buy her book here. You can also arrange to receive a signed paperback copy via her website.

Leave a Reply to Smorgasbord - Variety is the Spice of Life. Cancel reply