The writers’ group set the prompt “The flashing blue light”. Here is my take on that, a tale of someone waiting for the proverbial ‘tap on the shoulder’, the fear that his crime will be discovered.

The flashing blue light penetrated the fabric of the blind and bounced around the walls of the small room. I felt a shiver run down my back. Something hard rose in my gut. Sweat prickled my brow. It was stupid, I knew, but I could not help it. No matter how hard I tried, the memory would not leave me. And whenever I saw a blue flashing light, or heard the wail of a siren, I experienced the same reaction.

I took a deep breath and exhaled slowly. I raised the window blind a few inches and looked out at the street in time to see the ambulance disappear over the brow of the hill.

I wished that I had been able to anticipate the effect on me of my actions before I’d taken them. The nightmares, this involuntary response to the appearance of an emergency vehicle, both symptoms of guilt, and the ever-present fear that I would one day be found out. 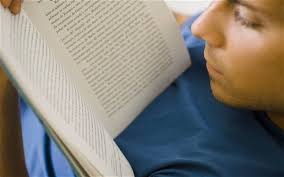 On reflection, ever-present is overstating the situation a bit. There are times when I am able to forget.  Reading is the best. Burying myself in a good book, immersing myself in someone else’s world, can take me away from the reality of my life since I did it. Television, too, can provide an escape. Only through wildlife programmes and home improvement shows, though. Not crime dramas. Not even soap operas. These days they have a tendency to include criminals in the cast of characters. But even the ordinary events of a soap opera, reflecting, as they do, real life, often necessitate the appearance of an ambulance, fire tender or police vehicle. So I avoid them, alongside the medical dramas.

I have to leave the house now and then, to get essential supplies. But even that is getting harder. I have to take a round about route that doesn’t bring me too close to the police station or the hospital. The other day someone collapsed in the mini-market where I shop. I had to skulk in the corner where they keep the wines until the para-medics had finished treating her and left. I pretended to study the labels on the backs of the bottles. You would be amazed how much cheap plonk promises ‘a fruity nose’ or ‘flavours of cherry and black currant with a hint of spice’. Only when the blues and twos faded completely was I able to steel myself to approach the check-out with my basket of groceries.

I’m seriously thinking of doing my shopping on the internet. That way I wouldn’t have to go out at all. The more I think about it, the more I come to realise that it’s either that or give myself up; admit that she did not die of natural causes as the coroner said. Would anyone believe me? I’d done such a good job. The poison administered in small doses over a long period so that it built up in her system. The pathologist was a friend of mine and owed me a favour. It wasn’t too difficult to persuade him that an autopsy would be unnecessary.

I put up a good show of grief at the funeral. Heaved a sigh of relief as the coffin disappeared behind the curtain. Cremation meant there would be no possibility of an exhumation if anyone decided to re-investigate years later. I was home safe.

That night I awoke shaking. My pyjamas clammy with sweat, the sheet in a knot that matched the knot of fear in my stomach. And it’s been like that every night since. I ordered sleeping pills from a dodgy website. I couldn’t go to the doctor, he’d want to refer me to a psychiatrist and who knows what secrets I might reveal to him?

I get my books from the internet, too. Download them to my Kindle. That’s really all I do now. Sitting here in this small room at the back of the house reading. Usually it’s safe from the intrusion of the outside world. The main road is at the front, but there is a side street just two doors down, and once in a while, like tonight, an emergency vehicle takes a short cut that way, bringing with it those nightmare visions.

There is another option. I’m looking at the bottle of pills and wondering, how many would it take?