Warning: this is a rant. Some readers may be offended. 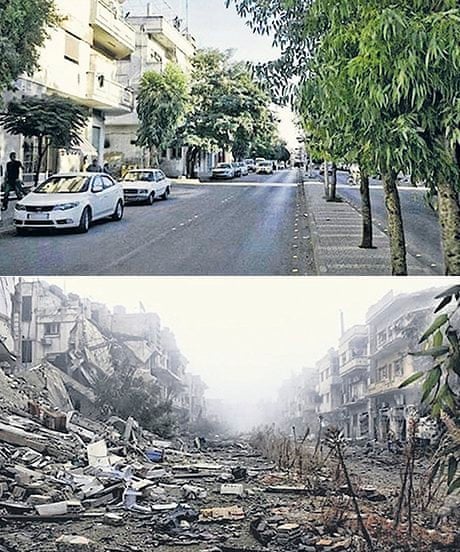 I’m talking living nightmares here, not bad dreams. I watch, nightly, scenes of ravaged cities that, a few years ago were bustling, modern metropolises teeming with people going about their business and tourists photographing historic buildings. I watch, too, over-loaded boats ferrying people, men, women and frightened children, across the Mediterranean or Aegean seas. And my television also shows me lines of similar people trekking across country or, more often these days, camping in unbelievably squalid conditions beside hastily erected fences. Many of these dispossessed people are the former citizens of those wrecked and ruined cities.

I cannot begin to imagine what it must have been like to see one’s home become a war zone. By ‘home’ I do not just mean the house one occupies with one’s family, I mean the familiar neighbourhood where you conduct your business at the corner shop, attend religious ceremonies at the church, mosque or temple around that same corner, where every morning you take your children to the nearby school.

I do not know what is worst: to be confined indoors because of street fighting, snipers on rooftops hiding behind the parapets, or to be afraid to remain indoors for fear of being shelled or bombed. Maybe you’d hope the nightmare would end soon. That the fighting would stop. That basic services would be restored. That the empty shelves in the corner shop would be replenished. At what point would you come to realise that the nightmare was not going to end? That the only escape was to leave what remains of the place you used to call home and to seek something closer to normality elsewhere.

To get to that new place involves another nightmare, almost, but perhaps not quite, as bad as the one you are leaving. Trekking for days across a hot desert, finding someone to carry you across an ocean, albeit, if you are lucky, a small ocean. Selling your most treasured possessions in order to pay for that part of the journey. Seeing friends, neighbours, close relatives, drown, having already lost many to the bullets and bombs of the war. And then to discover that all that is on offer is a makeshift tent in a filthy encampment.

That, surely, is the worst nightmare anyone can imagine. And yet it is the daily experience of tens of millions. We, the fortunate ones, have become so inured to seeing these human tragedies unfold on our screens. We worry about what is to become of these victims of the insanity of war only to the extent that our own comfortable lives might be disrupted. That these migrants will place pressure on public services. Our own access to quality health, education and housing will be impaired if we allow ‘this flood’ to reach our own shores. We are even prepared to risk all that has been good about Europe since our own cities were destroyed by bombs as we lived through our own nightmare more than 70 years ago. We learned the lessons – or I thought we had.

We learned that it is better to try to rub along together, to accept, even celebrate, differences in culture and religion. To share our good fortune with those less fortunate than ourselves, within the boundaries of Europe and further afield.

The fact that others are still slaves to intolerance and prejudice to the extent they are prepared to kill each other, and to attempt to terrorise us, out of whatever twisted motives, is hard to understand. And I wonder when our politicians will learn that our attempts to interfere in these disputes are making things worse. I am grateful for having been born at a time and in a place that made me a member of the most fortunate generation this planet has known. And I’m ashamed that our grandchildren will be unable to share much of that good fortune because of the greed and ignorance of many of my contemporaries.